Wake Up with Spotify Alarm Clock for Ubuntu Linux

Hate your boring alarm clock? Here’s how to wake up to your favourite Spotify songs using your Ubuntu Linux laptop, desktop, or home theatre PC.

To get started, you will need a Ubuntu Linux computer (with the common amd64 64-bit or i386 32-bit architecture), some speakers (laptop speakers will do), and a Spotify Free or Premium account. Note that you will need to leave your computer on overnight so that the alarm can activate.

Let’s go ahead and install Spotify for Linux…

Start the Spotify app, login or create a Spotify account, test that the audio output is working correctly, and then close it. If your speakers are connected via a USB soundcard, you may need to configure this according to the Ubuntu USB audio guide.

Great! Now to focus on setting up the alarm! Install the alarm scheduler and dependencies:

And install the Spotify Rise plugin that integrates Spotify with the alarm scheduler:

Spotify Rise works by using the system’s D-Bus message bus to communicate with Spotify. D-Bus provides an easy and reliable way for inter-process communication on Linux. However, Spotify’s implementation of D-Bus is incomplete (and buggy in numerous versions) so we can only control a limited subset of Spotify features via the plugin.

In Spotify, turn on shuffle mode so that the cross-over arrow symbol turns green:

and then locate an energising album that you fancy waking up to, copying the URI of one of it’s tracks by right clicking on a track and choosing Copy Spotify URI:

Open up the alarm scheduler:

Create a new alarm and configure it to run the command spotify-rise <URI> where <URI> is the Spotify URI that we copied from Spotify above. This process is shown in the screenshot below, although note that the command has been customized using some options that we will discuss next.

You may customize the spotify-rise command with the following options:

To test out the options, it is recommended that you experiment by running the commands in your Terminal app before deciding which options to use for your alarm. You can use the Ctrl + C keyboard combination to stop a command running.

Now save the alarm, and a tick should be shown in the alarm list to indicate that it is active:

When the alarm activates in the morning and starts playing your playlist, there are a number of ways to stop the alarm:

Unfortunately, Spotify’s implementation of D-Bus is incomplete and can be buggy, as discussed above.

Spotify v1 no longer supports playing playlists/albums via D-Bus, but we have worked around the album issue by providing the URI of a (random) track within a desired album to the Spotify Rise plugin, which enables us to play all songs from an album. For playlist support, currently you will need to downgrade to Spotify v0.9 unless Spotify improve their D-Bus support in the near future.

Before going to bed, remember to ensure that the computer and speakers are powered on. It is recommended that you test your alarm has been setup correctly by setting a test alarm for a few minutes' time before relying on it to wake you up!

That’s it! Rise and shine in style with Spotify-Rise and your favourite songs! If you found this article helpful, don’t forget to share it with your friends and star or contribute to the project on GitHub. Feel free to leave any comments or questions below! 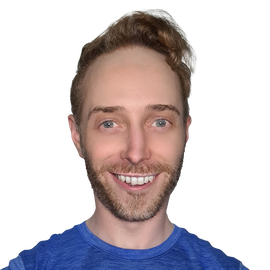 I’m a data science leader passionate about conversational AI, augmented/virtual reality, and Graph AI. In my spare time, I enjoy CrossFit and open source. Follow me on Twitter and Instagram to be notified of new content.